When Honda brought the Ridgeline to market in 2005, it was never made to poach sales from “traditional” pickup trucks from the big American automakers. As an option for current Honda owners, they hoped to retain those that didn’t require a dedicated workhorse, though have some added versatility. Comfort and handling were key to the overall design and engineering of this compact pickup. The 2022 Honda Ridgeline Black Edition has received a mid-cycle refresh, but now faces two new competitors, the Hyundai Santa Cruz and Ford Maverick.

With a refresh for the Ridgeline in 2021, nothing significant has changed in the new model year. There are quite a few exterior and interior accessories available for those who wish to personalize their Ridgeline. Honda has once again played it safe; the exterior color selection is quite limited. Depending on the model buyers can choose between three to five colors. Inside, black is the only option, however ironically, the Black Edition tested here adds some red into the mix to break up the monotony.

For 2022, Honda fixed one of the Ridgeline’s major complaints from owners; the lack of a volume knob. Who knew that something so small could create such an uproar. Sadly, the user interface has not changed and remains a carry over. It’s slow to react, the graphics look over a decade old and the screen resolution borders on offensive. The interior materials used throughout would be average at best, and the Black Edition is solely an appearance package. It tidies things up nicely, but the Ridgeline does feel very dated at this point in its life cycle.

Cargo space is one of the Ridgeline’s strengths and we were able to test it to its full capabilities. Throwing my XL bike behind the front seats kept it secure and hidden as opposed to putting it in the bed. There are small cubbies litteedr throughout the interior in addition to the massive centre console, which can swallow an entire iPad or similar tablet. Passenger space front and rear is plentiful, with it only getting cozy if four six-footers are on board.

The 5.3-foot bed can be accessed using a tailgate that can be either dropped down or swung out horizontally. This is a handy trick to help when accessing deeper cargo, as to not contort over the bed. The bed also has a hidden “trunk” that continues to be a neat party trick. Buyers that rate comfort high on the priority list will like the Ridgeline’s unibody ride quality over the Tacoma, which feels very much like a truck. Of course, the unibody structure also has its own drawbacks in actual capability.

Honda’s tried and true 3.5-liter J-series V6 powers the Ridgeline, outputting 280 horsepower at 6,000RPM and 262 lb-ft. of torque at 4,700RPM. The nine-speed automatic has replaced the former six-speed unit, and operates smoothly and without any fuss. Buyers can expect a 0-100km/h time of 7.4 seconds, which is perfectly adequate. Additionally, all-wheel-drive is standard across all trim levels.

Ridgeline owners looking to use its towing capabilities will be able to handle up to 5,000-pounds, which is enough for a small boat, trailer, or similar. All models come pre-wired with a trailer brake controller, heavy duty radiator, a heavy duty automatic transmission cooler and trailer stability assist. Fuel economy is also not bad at all, with a rated 12.8L/100km city and 9.9L/100km highway. We observed 12.0L/100km over the course of our test, and only regular fuel is required.

On the safety front, owners can expect a short list of standard features that include Forward Collision Warning, Collision Mitigation Braking, Lane Departure Warning, and more. However, while Honda’s safety suite is fairly good, the systems are getting fairly dated and could use updates including lane centering features, a higher resolution rear-view camera, or even a 360-degree camera system.

Prices for the 2022 Honda Ridgeline start at $45,535 for the base Sport trim. Buyers can move up to the EX-L, Touring and lastly, the Black Edition tested here at $54,535. Sadly, those looking for more aggressive looks are out of luck, because the HPD (Honda Performance Development) Package offered south of the border is not available to Canadian buyers..

The Honda Ridgeline faces its two biggest unibody competitors in the coming months with the Hyundai Santa Cruz and Ford Maverick. Hyundai’s Santa Cruz comes to the table loaded with technology, style and an optional 2.5-liter turbo-four with gobs of torque. Ford brings a value proposition that consumers have been demanding for years in the segment. That’s on top of the fact that Ford has added a hybrid option for additional fuel savings, a massive dealership network and loyal pickup truck base.

To this day, traditional pickup truck buyers refuse to consider the Ridgeline a real truck. On the flip side though, the market seems to dictate that consumers want options for their hauling needs. The 2022 Honda Ridgeline Black Edition provides a reliable option to those that want a compact pickup for light-duty use. Add in Honda’s resale value and that is enough for most people. The competition is coming with guns blazing and if Honda wants to stay in the game, the next Ridgeline can’t get here soon enough. 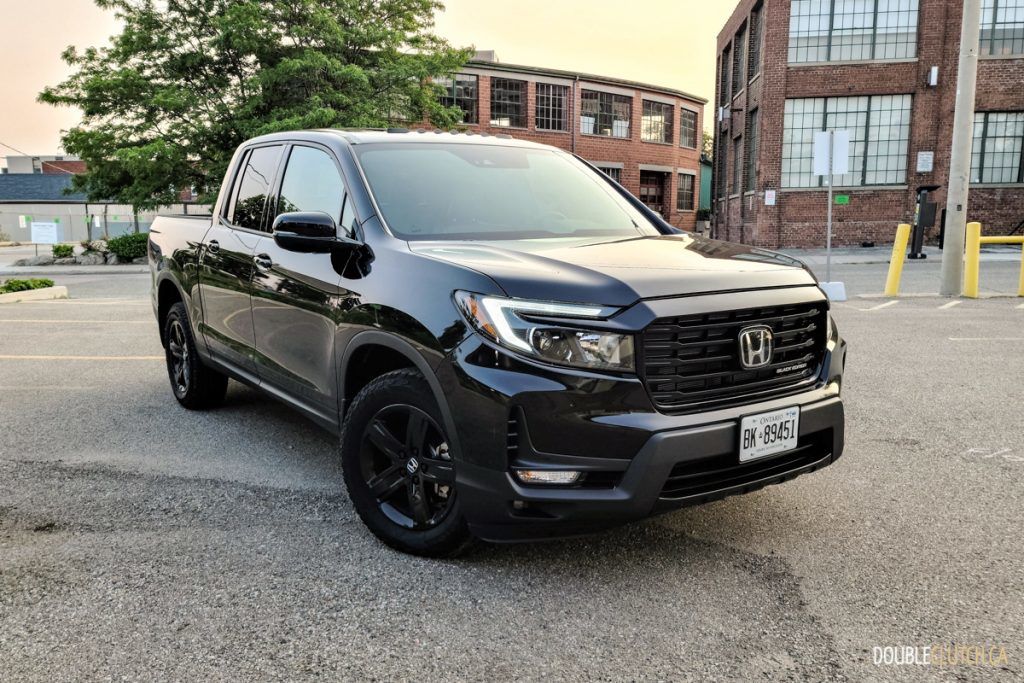 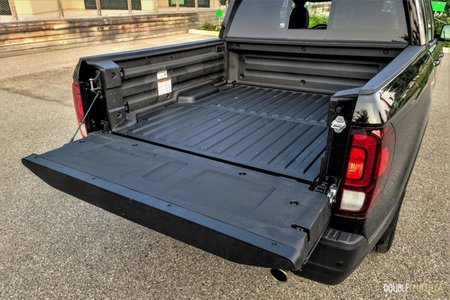 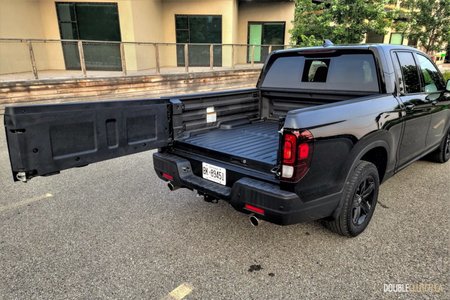 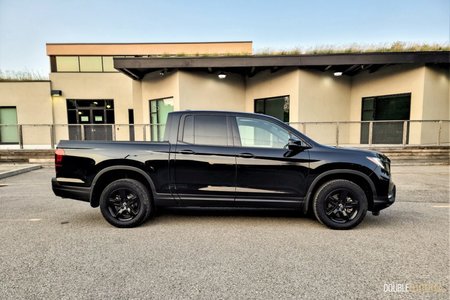 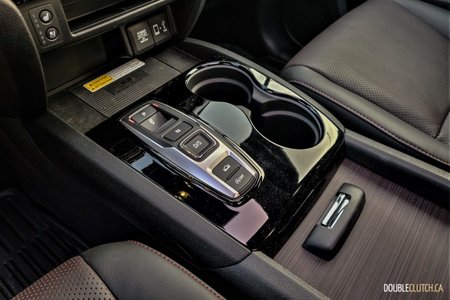 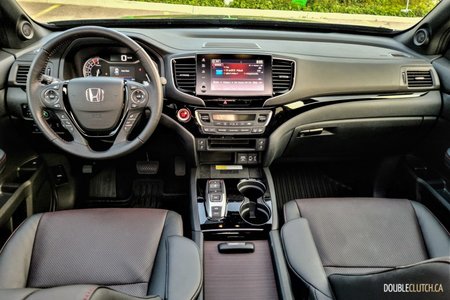 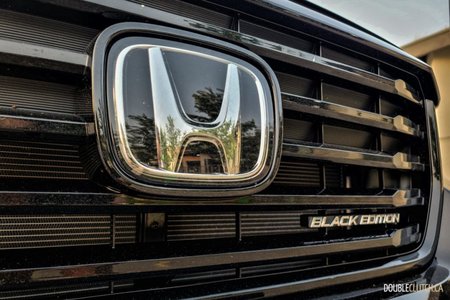 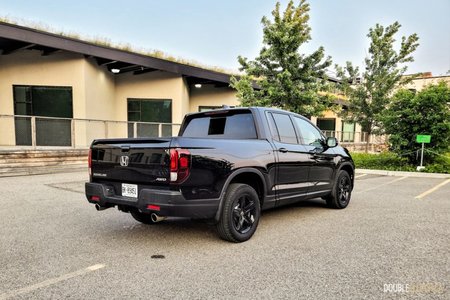 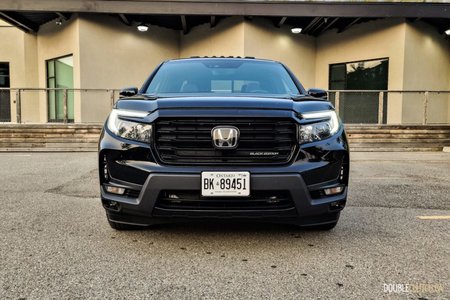