Markham, ON, November 8, 2021 – Today Canada’s leading automotive data and analytics provider, Canadian Black Book, has announced results for the fifteenth edition of its Best Retained Value Awards. When averaged across all segments and vehicles in Canada, the results of the latest awards demonstrate that used vehicle prices are at an all-time high. The new record for used values averaged among all models in Canada, is a staggering 64% of MSRP after four years. 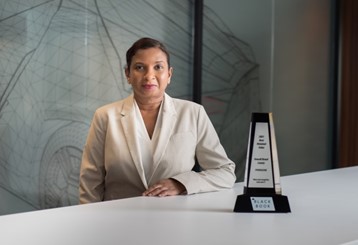 “We are witnessing the most rapid progression of vehicle values ever and our awards are a clear illustration of this. We all know that supply issues are a key factor in driving prices up, however, we must also recognize that the overall quality of vehicles has also gone up, which is another significant component contributing to recent value growth,” says Yolanda Biswah, Senior Vice President and General Manager at Canadian Black Book.

The new record breaks the existing record of 61.5% set earlier this year when the awards were last announced in March of 2021. Normally the Best Retained Value Awards are revealed once annually, however, these latest awards have undergone some fundamental changes. First off, the awards will be announced each year in November from now on. Secondly the measured vehicle categories have been changed and trimmed from 23 to 19. Lastly, the algorithm used to measure best retained value will be altered to take into consideration sales volumes.

The Awards were changed to align with broader automotive industry changes, most notably the proliferation of zero emissions vehicles (ZEVs) and improvements to this expanding technology. Along with more models and growth in the adoption of ZEVs, it is now evident that these models are now holding value much better than earlier iterations.

The new awards format features three ZEV categories, ‘Overall Brand: ZEV’, ‘ZEV Main’ and ‘ZEV Luxury’. Value growth in this rapidly expanding category is demonstrated in ‘ZEV Main’ where this year’s winner - the Volkswagen e-Golf - held 57.1% of MSRP after four years, which is the most for a ZEV to date. This is an increase from the last awards where the winner held 56% in March of this year, and 2019’s ZEV winner which held 51%.

“ZEVs are getting much more attention across the board as all OEMs launch new models and plan for the future. The retained value gap between ICEs and ZEVs is closing quickly.” says James Hancock, Director, OEM Strategy and Analytics. “Battery degradation concerns are dissolving in the market as consumers are seeing ten-year lifespans and OEMs are commonly placing ten-year warranties on batteries. Couple this with increased average ranges, which is alleviating much of the past range anxiety, and we get a user base and potential user base that trusts the product more and therefore are willing to pay more for used units.”

The vehicle that held the largest portion of its MSRP over the past four years and has broken the all-time record for retained value is the Chevrolet Corvette in the new Sport Car: Luxury category. This iconic sports car held an incredible 88.5% of its value over that time, breaking the previous record of 87.1% set last awards by the Toyota Tacoma. Not surprisingly the Tacoma also beat its old record by posting 88.3% this time, and the always strong Jeep Wrangler passed the old record as well at 87.2%.

The Tacoma continues its reign with the longest winning streak, with thirteen wins in a row. The Wrangle is close with twelve straight first place finishes, and the Porsche Panamera has a strong winning record in ‘Car: Prestige’ with nine consecutive years on top. The Dodge Challenger is back on top in ‘Sport Car: Main’ where it has been dominant with eight wins since 2012. CBB is also happy to recognize first time winners in ‘Full-Size Pickup’ with the GMC Sierra, in ‘SUV: Main Compact/Sub-Compact’ for the Subaru Crosstrek, the Honda Civic in ‘Car: Main’ and the eGolf in ‘ZEV: Main’

Canadian Black Book will be releasing a new set of awards in February of 2022. Instead of measuring the retained value after four years, the all-new Canadian Black Book Best Residual Value Awards will measure future value. Canadian Black Book is the trusted auto industry resource for Canada specific data and analytics who specialize in residual value forecasting.